Sci/Tech Elon Musk: SpaceX could land on the moon in 2 years. NASA: We'll partner with them, if pulled off.

NASA is itching to launch astronauts back to the moon, with an immediate goal of putting boots on the lunar surface in 2024 with its Artemis program. But to accomplish that, the agency may wind up turning to private rocket developers like SpaceX.

Artemis isn't meant to repeat the Apollo missions of the 1960s and 1970s. Instead, NASA wants to send cargo and supplies to the lunar surface, build up a permanent base there, and start looking for ice. Hundreds of millions of tons of water exist on the moon, and that resource can be mined, melted, turned into air, and split into rocket fuel to power voyages to Mars.

NASA plans to use government-funded Space Launch System rockets to return to the moon. But those vehicles won't start launching until late 2021 (the first one was supposed to fly in 2017) and the program is...
Continue reading...
Jul 28, 2019

Mr Gove said his team still aimed to come to an agreement with Brussels but, writing in the Sunday Times, he added: "No deal is now a very real prospect."

The prime minister has made Mr Gove responsible for preparing for no-deal.

Treasury sources say they expect more than £1bn of extra funding to be made available later this week for no-deal planning and preparation.

Prime Minister Boris Johnson has told Mr Gove to chair no-deal meetings seven days a week until Brexit is delivered, according to the Sunday Times.

Mr Gove said tweaks to Theresa May's withdrawal agreement - which was approved by the EU but resoundingly rejected by Parliament - would not be enough.

Jul
27
by tom_mai78101 at 4:41 PM (1,365 Views / 0 Likes) 0 Comments
A Japanese stem-cell scientist is the first to receive government support to create animal embryos that contain human cells and transplant them into surrogate animals since a ban on the practice was overturned earlier this year.

Hiromitsu Nakauchi, who leads teams at the University of Tokyo and Stanford University in California, plans to grow human cells in mouse and rat embryos and then transplant those embryos into surrogate animals. Nakauchi's ultimate goal is to produce animals with organs made of human cells that can, eventually, be transplanted into people.

Until March, Japan explicitly forbid the growth of animal embryos containing human cells beyond 14 days or the transplant of such embryos into a surrogate uterus. That month Japan’s education and science ministry issued new guidelines allowing the creation of human-animal embryos that can be transplanted into surrogate animals and brought to term.

Jul
26
by tom_mai78101 at 7:04 PM (1,063 Views / 0 Likes) 0 Comments
There's a debate over free speech taking place after Microsoft-owned GitHub "restricted" the account of a developer based in the Crimea region of Ukraine, who used the service to host his website and gaming software.

GitHub this week told Anatoliy Kashkin, a 21-year-old Russian citizen who lives in Crimea, that it had "restricted" his GitHub account "due to US trade controls".

Kashkin uses GitHub to host his website and GameHub, a launcher for Linux systems that combines games from Steam, GOG, and Humble Bundle in a single user interface.

Kashkin says GitHub advised him this week that it had restricted his account, pointing to its page about US trade controls, which lists Crimea, Cuba, Iran, North Korea, and Syria as countries facing US sanctions.

As the developer reports, his website https://tkashkin.tk, which is hosted on GitHub, now returns a 404 error. He also can't create new private GitHub repositories or access them.

While his website could easily be moved to another hosting provider, the block does pose a challenge for his work on GameHub, which has an established audience on GitHub. 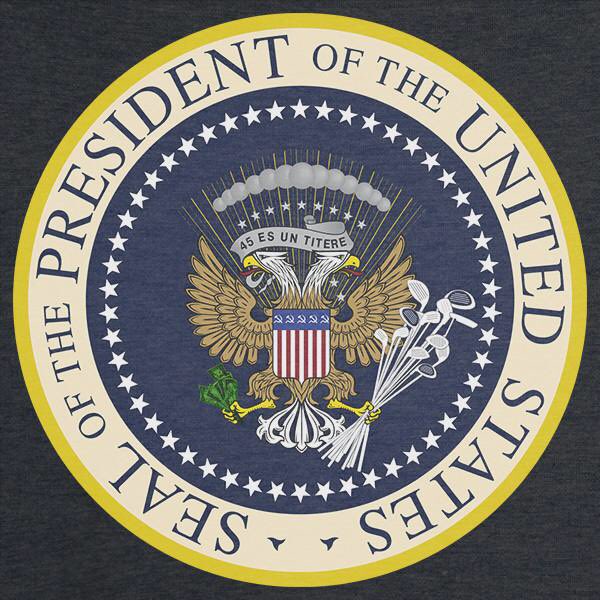 by tom_mai78101 at 5:25 PM (1,105 Views / 0 Likes) 0 Comments
Donald Trump appeared at a right-wing rally in front of a fake presidential seal, doctored to make apparently satiric references to Russia and golf.

The tweaked image flashed up on a screen behind the president as he spoke to a summit hosted by the conservative group Turning Point USA in Washington earlier this week.

The normally solitary bald eagle was seen with two heads, made to resemble the two-headed bird on the official Russian coat of arms in a mocking nod to Mr Trump’s woes with investigations into Moscow’s election meddling.

The symbolic bird also showed up clutching a bag of golf clubs – evidently a joke about the president’s fondness for spending so much time on the links.

Both the White House and Turning Point USA said they were unaware of why or how the altered image appeared on the screen.

Jul
24
by tom_mai78101 at 8:00 PM (1,038 Views / 0 Likes) 0 Comments
Nintendo’s got a problem on its hands. It’s called “Joy-Con Drift,” an issue where the analog sticks on the Switch’s detachable controllers, called Joy-Cons, begin moving things on the screen on their own. Following the huge response to a report by Kotaku, it’s become enough of an issue that Nintendo recently told customer service representatives the company will no longer charge customers seeking Joy-Con repairs, and refund those who’ve already paid, according to internal Nintendo documentation seen by VICE Games.

“Customers will no longer be requested to provide proof of purchase for Joy-Con repairs,” the internal customer service details say. “Additionally it is not necessary to confirm warranty status. If a customer requests a refund for a previously paid Joy-Con repair [...] confirm the prior repair and then issue a refund.”

The memo was provided to VICE Games by a source familiar with Nintendo's updated customer support documentation. We agreed to speak under the condition of anonymity because they are not authorized to speak publicly about Nintendo's internal processes.

While at Intel's IEM event in Chicago I met Bryan Ore from Origin, who showed me a video of something I didn't believe was possible: a custom build that rocked every gaming platform. Origin PC's new Big O 2.0 is something out of science fiction: it fuses a PS4 Pro, Xbox One X, Switch, and a high-end NVIDIA RTX Titan-powered PC seamlessly into the case--all with water cooling, custom color-coding, and an intricately-designed layout. It even has a custom slot to dock the Switch.

The all-in-one Big O 2.0 is basically a gamer's dream and offers the best of all worlds. You can experience PS4 exclusives, Switch games like Smash Ultimate, play with your Xbox buddies, and blast out insane FPS in Overwatch all in the same place. But Ore was careful to say it'll never go on sale. Of course it won't--Microsoft, Sony and Nintendo would never allow it...but it's still fun to dream right?

Jul
20
by tom_mai78101 at 11:24 PM (1,307 Views / 0 Likes) 0 Comments
That may sound like an Onion headline, but alas, it is not. We’ve reached the point in our wild planetary experiment where humans are memorializing the things we’re knowingly wiping out.

Iceland has lost its first glacier to rising temperatures. Now, scientists from Rice University and Iceland are planning to install a plaque near the sad pile of ice and snow formerly known as Ok Glacier. The researchers say it’s the first memorial to a disappearing glacier, but climate change ensures it almost certainly will not be the last.
Glaciers are more than just ice. They’re defined by receiving more mass from snow than they lose from summer melt, which allows them to slide down mountains and grind up rock. Climate change has, of course, changed the equation by causing more glacial melting, causing ice to recede around the world. An increasing number of glaciers have turned into stagnant, rotten ice patches or disappeared completely. The OK Glacier reached the latter status in 2014, making it the first glacier in Iceland to disappear. Researchers expect all glaciers to melt away by 2200 on the island, which led to them memorializing Ok.

The plaque will be installed on August 18 near Ok’s former stomping grounds in western Iceland. The plaque contains a melancholy message for future generations:

Ok is the first Icelandic glacier to lose its status as a glacier. In the next 200...
Click to expand...

Jul
20
by tom_mai78101 at 11:02 PM (1,287 Views / 0 Likes) 0 Comments
Have you ever been playing a game using the Switch's joy-cons, the little controllers that sit on the side of the console, and it drops some inputs or starts drifting toward a direction without you touching it? It's really infuriating, right?

Nintendo even acknowledged that it can happen for a variety of reasons and offered to fix joy-cons in the first year after purchase. The fix, however, doesn't seem to fix fundamental issues with the controller's design, and some owners seem to be tired of it and are looking for solutions in court.

A suit filed by Ryan Diaz in the U.S. District Court in Seattle, Washington alleges that joy-cons overwhelmingly experience the drift issue. Given enough time, Diaz argues, the problem becomes unfixable and games will perceive analog stick movement without any such input. Diaz activated Nintendo's warranty for joy-cons after first experiencing this problem and sent his in, only to have it crop up again a few months later. After one fix, Nintendo requires owners to pay for a repair, so Diaz just bought a new set.

Under the suit, the plaintiff alleges that Nintendo knows about this issue with joy-cons from their own internal testing and the last two years of reports about the issue online. Nintendo's lack of warning on the subject is something that he feels is worthy of a class-action lawsuit. Diaz is seeking...
Continue reading...
Jul 20, 2019

Jul
20
by tom_mai78101 at 11:00 PM (1,298 Views / 0 Likes) 0 Comments
The head of Nintendo of Russia, Yasha Haddaji, has agreed to answer some questions regarding the work of the local office in the interview with GameMag. We’ve gathered the most important bits of Yasha’s comments about the ongoing Nintendo of Russia controversy.

The price of each Nintendo product in Russia is calculated with a specific equation. There is a base purchase price for games, consoles, and accessories that is set by Nintendo of Europe. In addition to that, there are 5-15% National tax, an exchange difference, shipment price, additional fees and distributor’s margin.

Even the exchange difference is dictated by Nintendo of Europe, as they ask for analytics’ exchange forecast from several specialized companies.

That’s how recommended retail prices are defined. However, Nintendo of Russia only suggests them to local retailers — they are free to set their own pricing based on what they think works best for each item.

It’s actually easier for the Russian office to keep low prices for consoles and games, than for accessories. That’s because they can order exclusive batches of consoles and games for Russia without predefined prices. Thanks to that, the price for Fire Emblem: Three Houses in Russia, for example,...
Continue reading...
Page 20 of 37
XenPorta © Jason Axelrod from 8WAYRUN.COM