Gaming GameStop Lays Off Over 100 People, Including Nearly Half Of Game Informer's Staff

Aug
20
by tom_mai78101 at 10:47 PM (1,657 Views / 0 Likes) 0 Comments
The struggling retail chain GameStop laid off over a hundred employees today, both at its corporate headquarters in Grapevine, Texas and at other offices including its subsidiary Game Informer magazine in Minnesota, where nearly half of the editorial staff lost their jobs in a surprise cut.

“As part of the previously announced GameStop Reboot initiative to transform our business for the future and improve our financial performance, we can confirm a workforce reduction was implemented impacting more than 120 corporate staff positions, representing approximately 14% of our total associate base at our company headquarters as well as at some other offices,” a GameStop spokesperson told Kotaku in a statement.

“While these changes are difficult, they were necessary to reduce costs and better align the organization with our efforts to optimize the business to meet our future objectives and success factors. We recognize that this is a difficult day for our company and particularly for those associates impacted. We appreciate their dedication and service to GameStop and are committed to supporting them during this time of transition.”

This news comes just a few weeks after GameStop laid off dozens of regional managers, following a brutal year that saw the company try (and then stop trying) to sell itself. GameStop’s stock has plummeted over the past few years as the...
Continue reading...
Aug 15, 2019

TARAKO, the voice of the title character in the Chibi Maruko-chan anime, commented on Sakura's passing. TARAKO said that it was much too soon, as Sakura had so much she still wanted to do. Shueisha's Ribon magazine Editor-in-Chief Sōichi Aida also paid his respects, saying that the feeling that her passing was too soon will never go away. Still, he said the cheerful, smiling faces of Maruko and her friends will always keep shining in the hearts of all her readers from children to grown-ups.

Sakura was born on May 8, 1965 in Shimizu City, Shizuoka. She made her professional manga creator debut while she was still in college in 1984, and she serialized the Chibi Maruko-chan manga in Ribon from 1986 to 1996. The comedy manga, which follows the everyday life of a third-grade schoolgirl, has about 32 million copies in print. Sakura...
Continue reading...
Aug 15, 2019

Aug
15
by tom_mai78101 at 8:25 PM (2,164 Views / 0 Likes) 1 Comments
WASHINGTON: As protests across Hong Kong against a controversial extradition law enter its third month, the United Nations (UN) has decided to take up the matter in a crucial meeting, sources said.

On Wednesday, Beijing slammed the "terrorist-like" attacks by protestors on its citizens during the chaos at the city's airport.

The pro-democracy movement achieved early success in June with the suspension of the proposed bill that would have allowed the extradition of criminal suspects from Hong Kong to mainland China. This followed unprecedented peaceful demonstrations that brought up to two million people on the streets.

Since then, the UN has shown concerns over human rights violations, especially the use of unethical measures as pepper spray on protesters.

The organisation also said that the meeting would focus on the role played by China during the protests.

Flights operations resumed at Hong Kong's airport on Wednesday after two days of disruptions in the semi-autonomous Chinese city.

Stricken with a deadly strain of the disease, she was mortally terrified. Local nurses told her the Johannesburg hospital to which she must be transferred was very far away — and infested with vervet monkeys.

“I cried the whole way in the ambulance,” Tsholofelo Msimango recalled recently. “They said I would live with monkeys and the sisters there were not nice and the food was bad and there was no way I would come back. They told my parents to fix the insurance because I would die.”

Five years later, Ms. Msimango, 25, is now tuberculosis-free. She is healthy at 103 pounds, and has a young son.

"At Nintendo, ensuring that our customers can make informed choices when they play our games is very important," reads the statement issued to Eurogamer. "As part of our ongoing efforts in this area, Nintendo will require disclosure of drop rates in Nintendo Switch games that offer randomised virtual items for purchase, such as loot boxes. This requirement will apply to all new games and includes updates to current games that add loot boxes through in-game purchases.

"We also offer tools like our Nintendo Switch Parental Controls mobile app, which empowers parents to choose what works for their family, including managing in-game purchases and setting playtime limits."

UPDATE 8.30pm 7th August 2019: Following the ESA's announcement that Nintendo, Sony, and Microsoft will all require publishers to declare item drop rate odds for any title that features loot boxes on their consoles starting next year, Sony has shared its own statement on the decision.

"Sony Interactive Entertainment aims to ensure PlayStation users have access to information and tools, such as parental wallet controls, that will help them make informed decisions about in-game purchasing", a PlayStation spokesperson told Eurogamer.

"We support industry efforts to disclose the probability of obtaining randomised virtual items, known as loot boxes, and are committed to...
Continue reading...
Aug 10, 2019

Aug
10
by tom_mai78101 at 11:09 PM (2,293 Views / 0 Likes) 0 Comments
Erectile dysfunction (ED) was linked with loss of work productivity and with lower health-related quality of life in an International Journal of Clinical Practice study of more than 52,000 men from eight countries.

"This study shows that ED remains a prevalent concern, one that impacts work productivity and absenteeism," said co-author Wing Yu Tang, of Pfizer Inc. "Stemming from eight countries, the global coverage of the data also suggests that this issue is pervasive across geographies," added senior author Tarek Hassan, also of Pfizer Inc.

The bank called the charges "misdirected" and said they will be "vigorously defended." Among those charged Friday is Richard Gnodde, the CEO of Goldman Sachs International.

The US Justice Department has claimed that $4.5 billion was stolen from 1MDB by senior officials and pumped into New York condos, hotels, yachts and a jet, and used to fund movies such as "The Wolf of Wall Street."

Malaysia has accused Goldman Sachs and some of its bankers of misleading investors about the bond sales and fraudulently diverting $2.7 billion of the proceeds.

Malaysia's former Prime Minister Najib Razak was also hit with dozens of corruption-related charges in the case. His trial is ongoing, and he has pleaded not guilty....
Continue reading...
Aug 7, 2019 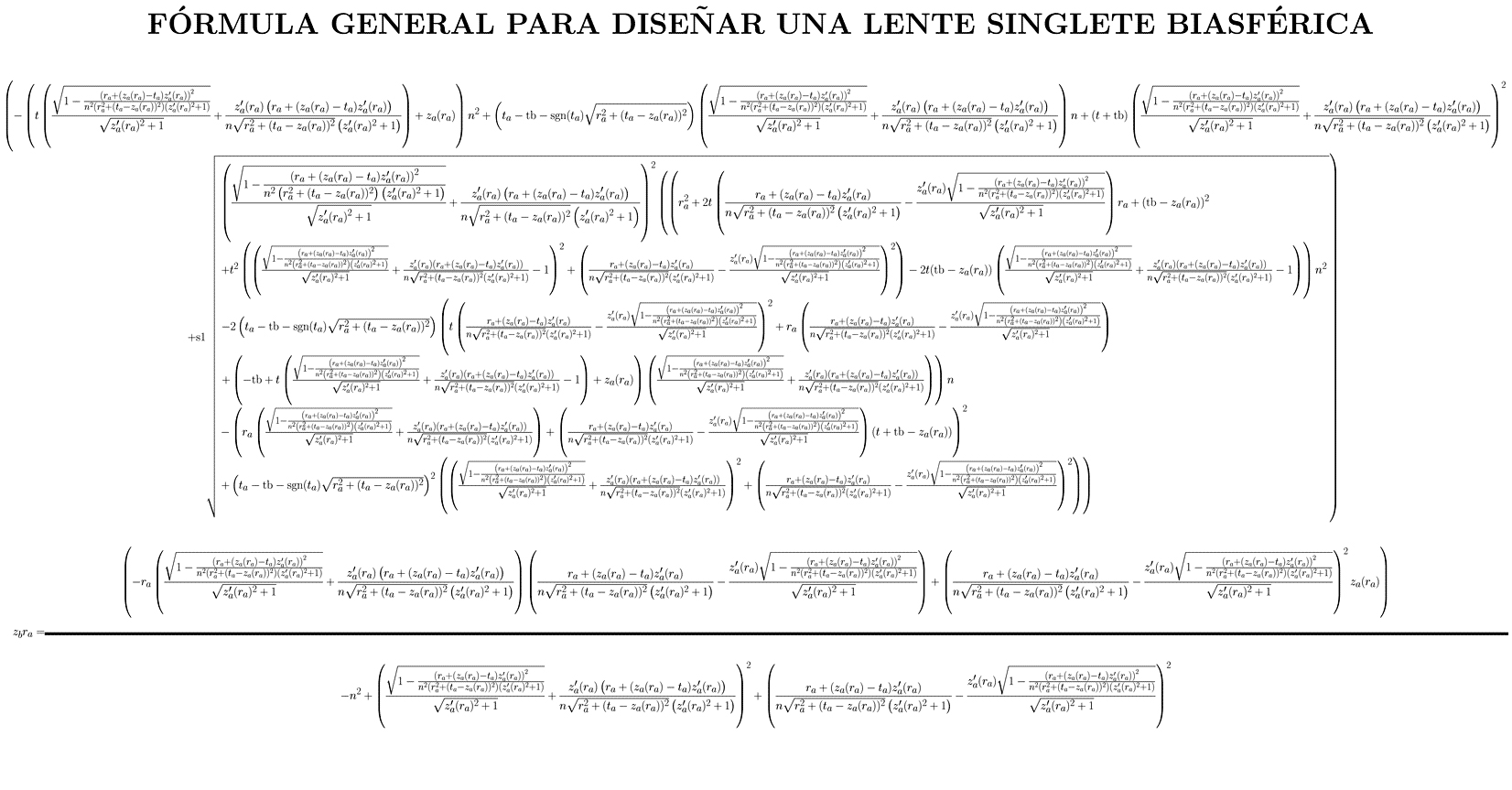 by tom_mai78101 at 7:50 PM (2,645 Views / 0 Likes) 0 Comments
It’s a problem that plagues even the priciest of lenses, manufactured to the most exacting specifications: the center of the frame might be razor-sharp, but the corners and edges always look a little soft. It’s a problem that’s existed for thousands of years with optical devices, and one that was assumed to be unsolvable until a Mexican physicist developed a mind-melting formula that could revolutionize how lenses are manufactured.

On paper, a curved glass lens should be able to redirect all the rays of light passing through it onto a single target known as its focal point. But in the real world, it just doesn’t work that way. Differences in refraction across the lens, as well as imperfections in its shape and materials, all contribute to some of those light rays, especially those entering the lens near its outer edges, missing the target. It’s a phenomenon known as spherical aberration, and it’s a problem that even Issac Newton and Greek mathematician Diocles couldn’t crack.

Aug
06
by tom_mai78101 at 7:05 PM (2,501 Views / 0 Likes) 0 Comments
The Japanese government is offering researchers up to $1 billion to develop ambitious human augmentation and cyborg technologies.

As reported by the Nikkei Asian Review, the government will soon invite researchers and academics to submit proposals in 25 areas, ranging from technologies which can support our aging bodies to environmental solutions that tackle industrial waste.

An unnamed government source told the publication that 100 billion yen ($921 million) has been set aside to fund these projects for the first five years of a decade-long support agreement.

While some of the projects, such as cyborg technology, might appear whimsical, others are heavily grounded in problems that Japan faces.

Industrial waste, an aging population, and the challenge of cleaning up our oceans have influenced some of the project areas on offer.

Aug
06
by tom_mai78101 at 6:46 PM (2,312 Views / 0 Likes) 0 Comments
Microsoft and "best antivirus" aren't usually written in the same sentence, but they're going to have to be following the latest antivirus test results.

As Softpedia reports, the independent IT security institute AV-TEST spent May and June continuously evaluating 20 home user security products using their default settings to see which offered the best protection. Only four of those products achieved a top score, and one of them was Windows Defender.

The other three are F-Secure SAFE 17, Kaspersky Internet Security 19.0, and Norton Security 22.17. The big difference between these and Windows Defender is the fact Microsoft includes Windows Defender for free with...
Continue reading...
Page 28 of 48
XenPorta © Jason Axelrod from 8WAYRUN.COM