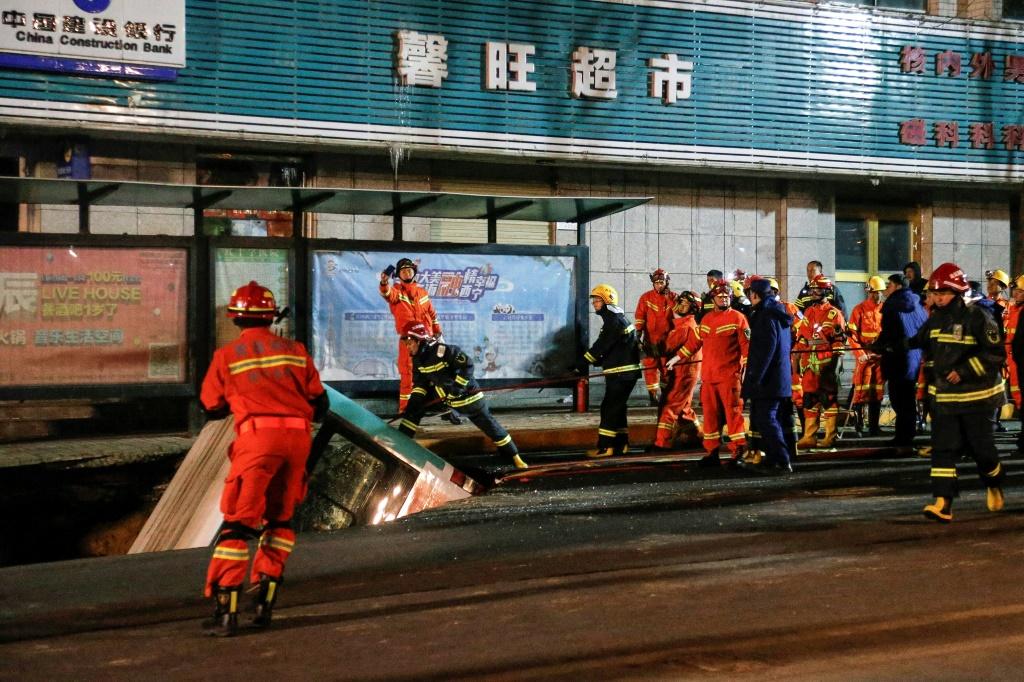 Footage showed people at a bus stop running from the collapsing road, as the bus -- jutting into the air -- sank halfway into the ground.

Several people disappeared into the sinkhole as it spread, including what appeared to be a child.

The incident, outside a hospital, also triggered an explosion inside the hole, video showed.

Search and rescue work was underway and the cause of the accident was under investigation, the state-run CCTV broadcaster said.