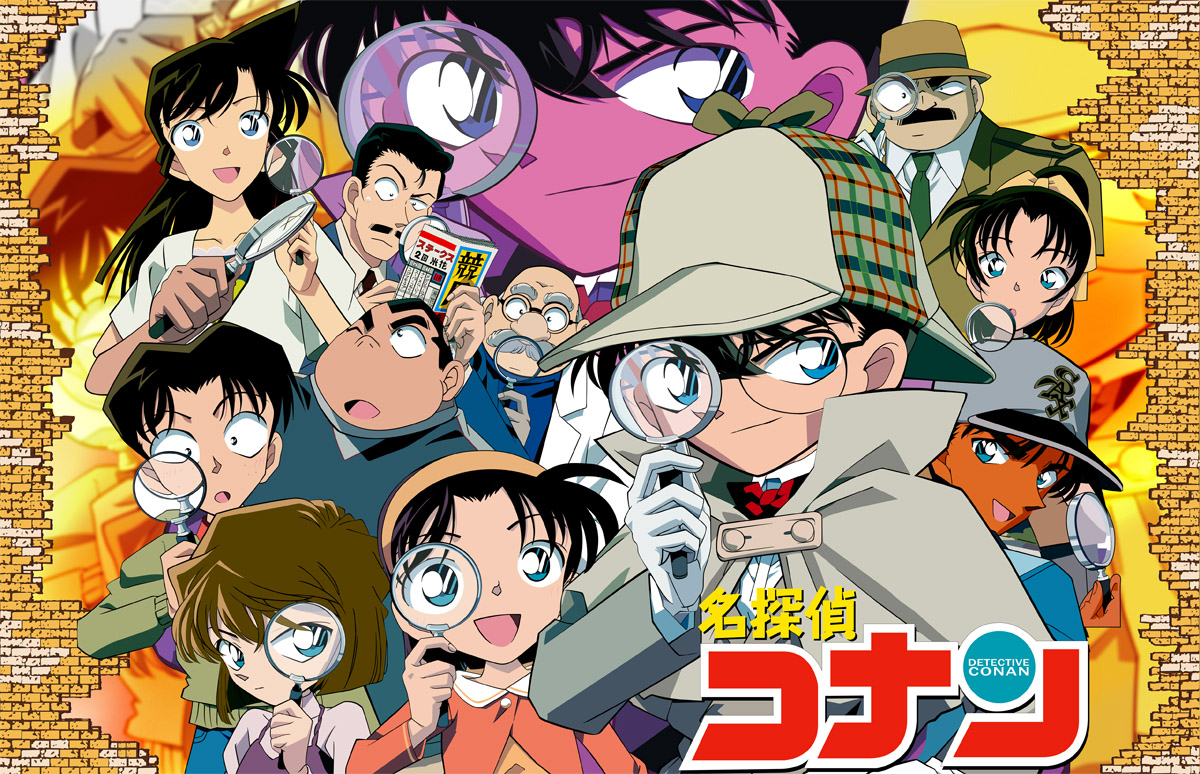 Jimmy Kudo is a 17-year-old high school prodigy who frequently helps the police to solve cases.[1] During an investigation, he is attacked by two criminals, codenamed Gin and Vodka, from the syndicate called the Black Organization. They force him to ingest an experimental poison, APTX 4869, which is supposed to kill him, and leave him to die. A rare side-effect of the poison, however, transforms Kudo's body into that of a child instead of killing him.[2]
Adopting the pseudonym Conan Edogawa, Kudo hides his identity to investigate the Black Organization.[3] He intends to pretend to be a child until he can find enough evidence to apprehend the syndicate, after which he can then safely find and administer a cure for his current condition. Edogawa enrolls at Teitan elementary school and forms the Junior Detective League with three other children in his class: Amy Yoshida, Mitch Tsuburaya, and George Kojima.[4] To further cover up his activities, he moves in with his childhood friend Rachel Moore, whose father, Richard, works as a private investigator.[3] Kudo continues to solve criminal cases as Conan, but usually poses as Richard Moore with the help of special gadgets invented by his neighbor and friend, Hiroshi Agasa.

This is a really old school anime that started all the way back in 1996 (the anime started in 1996). Most photos are probably from the anime recently as the animators updated their drawing and etc. I LOVED the ultimate "reveal" at the end of all Sherlock Holme's novels, and this anime does it so well I just love getting to the end of each episode. The writer's for this series are absolutely amazing, i love the cases that they come up with, and it becomes very clear when the anime isnt based off of the manga because the cases seem a little lackluster, but otherwise a great watch/read.​