Yuki Cross's earliest memory is of being attacked by a vampire and saved by Kaname Kuran, also a vampire. Ten years later, Yuki and a vampire hunter, Zero Kiryu attend Cross Academy as school guardians protecting the "Day Class" and the "Night Class" from each other to keep vampires secret. The story follows Yuki's discovery that her childhood friend, Zero, has spent the last four years trying to fight his transformation into a vampire, and he has finally succumbed. Yuki struggles to help Zero fight his bloodlust and to recover her own lost memories, while suspecting that Kaname knows more than he is saying, knowing her love for both later on she faces a battle between Zero and Kaname. 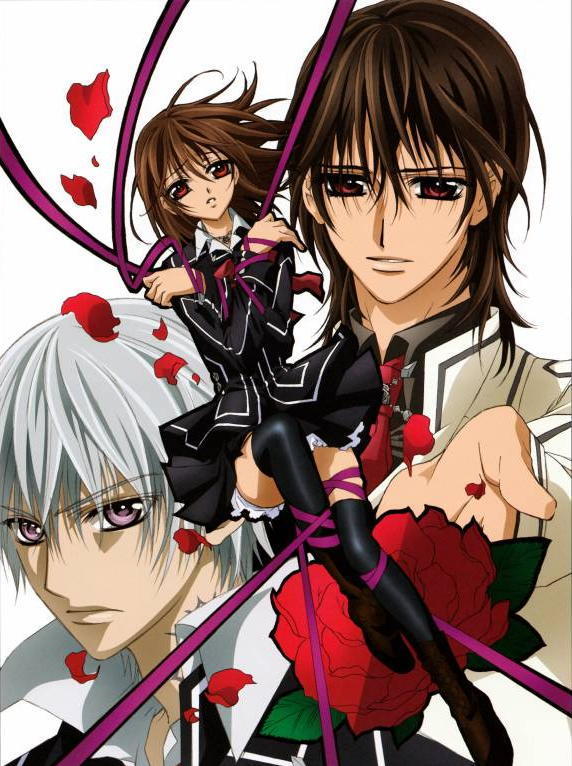 I'm a chick, which is probably why I personally really like this one XD..... I like the adaption of different vampires and the kind of powers they possess. I like how all the main charaters are linked by the end of the series too. There is a plot by the end of the series you don't see coming.
You must log in or register to reply here.
Share:
Facebook Twitter Reddit Pinterest Tumblr WhatsApp Email Link
General chit-chat
Help Users Options