What are some interesting books to read?

I'm looking for an interesting book with a plot that can be fiction or nonfiction. I've read harry potter books, and this is mainly for my summer reading report. Which books do you recommend? Are they recent, contains over 200 pages, and has great characters?

the hunger games and those books. I read 1 alex rider book and it was ok, and i have yet to find the second book in the series since i dont like reading out of order.

In the area of war series i think Jeff Shaara does an excellent job at depicting both the higher ups and the ground soldiers.

Staff member
Call of Cthulhu and Other Weird Stories was a pretty good read, IMO - all the stories are fairly short (about 50-60 pages for some of them, I think), although Dagon is exceptionally short...

Some of the stories are quite weird (of the ones I've read so far, Herbert West would be the one that sticks out in my mind the most), but nonetheless very interesting.

Other from that, the Warcraft books (if you have an interest in the lore) aren't bad - the War of the Ancients trilogy is a good depiction of the events of The Sundering, and the history of some of the prominent figures in Warcraft lore.

Haven't read much other than those lately (must get around to finishing Terry Pratchet's Going Postal, at some stage )
Join the Music Fans group today!
Fear Factory - Cars (remix) | Fear Factory - Resurrection
Welcome Back​

The Man In the High Castle by Phillip K. Dick is a decent read, a shade over 200 pages long. It's a little complex and it's narrative may seem a little dull but then again one of Dick's favourite themes was challenging people's perceptions of reality, so it requires some thinking to make the most of it

Genre is Sci-Fi, by the way.
That's a nice little nothing you're almost wearing.
Clicky clicky >>I have a deviantART. Sometimes I put stuff on it.<< clicky clicky
K

Wiseman_2 said:
The Man In the High Castle by Phillip K. Dick is a decent read, a shade over 200 pages long. It's a little complex and it's narrative may seem a little dull but then again one of Dick's favourite themes was challenging people's perceptions of reality, so it requires some thinking to make the most of it

Genre is Sci-Fi, by the way.
Click to expand...

I loved that book! It did bore me at times. I'd also suggest The Hunger Games.

Infoquake is good, it's sci-fi, fairly complex, be sure to read the appendix.

The original Dune books (6 books) by Frank Herbert are pretty great. Sci-fi and may become a little complex at times. The ones written by his son and the other guy are kind of meh, but they're interesting if you're into the lore of this universe.

Anyway, it's a collection that will surely take you some time to digest completely.

I also agree of The Man in the High Castle, it was great especially in the end. I got it for free when I bought Dune: The Butlerian Jihad .
monovertex.com | formerly known as Smith_S9​

If you're interested in history at all, you might want to take a look at Mein Kampf.

Provides a lot of insight about the Nazis and such, if you're interested.
L

+1 on Call of Cthulhu and Other Weird Stories and the Dune series.
H.P Lovecraft and Frank Herbert are my favorite authors.

Cirque Du Freak - awesome series of 12 books by Darren Shan (also recommend other books by Darren Shan) about Darren Shan and the world of vampires (cool vampires, not Twilight) and other creatures. It's more lighthearted in the first few books, but towards the end, it gets a lot darker and has a pretty intricate plot that messes with your head.

Percy Jackson - like the recent movie. They're for younger ages, but I still find them interesting since it deals with Greek mythology and stuff.

Inheritance - Eragon, Eldest, and Brisingr are out so far. Long books (like Harry Potter length) about dragons.

The Last True Story I'll Ever Tell - true story of soldier John Crawford in Iraq, graphic and mature stuff in it.

Just off the top of my head.

You want to see a magic trick?

Staff member
The Noble Dead series by J.C. and Barb Hendee... I'm trying to re-read the series, but I haven't been able to sit down with the first book Dhampir for awhile, after I got like 8 chapters in.
Crossology - Home to all work by Seth Cross​
​
"I believe what doesn't kill you makes you... Stranger." ~Heath Ledger as The Joker​


She wanted the truth.
They wanted her dead. 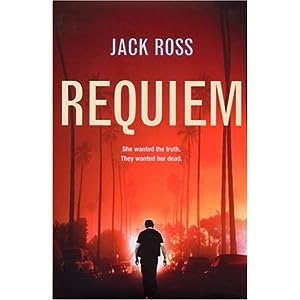 Vlad was an awesome book in my opinion

Oh man, I shot Marvin in the face.

Very pleasant nonfiction reads are those by Bill Bryson

He has written about his travels around the world and also has some popular science works. He also has a great sense of humour and very often makes me laugh while I'm reading, so he's one both tasty and easily digestible author.

I don't expect you'd want to dedicate a month or two to read Lord of the Rings (good for you if you do because its yummy), or any works of philosophy. In which I, for one, see little practical sense. Although philosophers from the 18th century did write works both delicious and light. Voltaire, for example. It was about 18c things + why organized religion is bad, though, so nvm that.

This is the way it was meant to be.

Creepy but hooks ya. It's about a dystopia that controls all sources of information to rewrite reality.

Staff member
I goto my local library's fantasy/sci fi section and just start grabbing stuff. 9/10 the book's good.
I has a job

Screw that. Someone already said 1984, so I'll throw in Animal Farm with that.

Oh, and if you want an epic adventure with awesome characters, try Watership Downs. It's amazing, don't be deterred just because of the childish setting.